The Krzysztof Penderecki European Center for Music is a non-profit organization focusing on the performing arts and education. With the concert hall designed for an impeccable acoustic experience and seating up to 650 patrons, a 210-square-meter stage and a terrace intended for open-air concerts, the Center has become a hub of performing arts and cultural activities within the local communities and beyond. Each year the Center organizes approximately 150 different projects, including Emanacje Festival, one of the largest music events in Poland, hosts around 1000 performers and gathers an audience of 30,000 listeners.

The Center for Music is deeply invested in education, making teaching and learning its most important endeavor. The campus houses a lecture hall, 14 rehearsal rooms, a library, a recording studio, a chamber hall and accommodation facilities for performers, students and lecturers. Throughout the year the Center arranges workshops, seminars and masterclasses in performance, conducting and composition for the most gifted musicians of all ages, and invites globally renowned performers to work with the students. The list of former lecturers and long-term partners includes such acclaimed artists as the Scharoun Ensemble Berlin or the Shanghai Quartet. The comprehensive education program focuses on the development of technique and skill of interpretation, as well as on history, philosophy and aesthetics of music.

The mastermind behind the project and the patron of the Center is the composer and conductor Krzysztof Penderecki. It was his goal to create a platform for education where students are able to establish close connections with artists and scholars, which in turn serves as a stepping stone towards a further intellectual and creative exploration in an attempt to achieve complete artistic maturity.

The overarching idea on which the Krzysztof Penderecki European Centre for Music is based is to inspire the most talented young musicians to hone their skills and pursue full artistic maturity. Master classes, solo, chamber and orchestra workshops, seminars, and lectures emphasise the relationship between the master and the apprentice. In this way the institution cultivates traditional European values. The Centre is a meeting place for young adepts of music with masters of the performing arts and composers, and also with eminent figures from a broad range of humanities. The comprehensive education provided in all stages of artistic development focuses students on building up practical performance and interpretation skills, and also expands their knowledge of musical styles, the history of forms and genres of European music, the aesthetics of a musical work, and its place in culture. Among the most important realms of the Centre’s operation, yet in second place to comprehensive musical education, are concerts and festivals. Presentations encompass both the classical masterworks of world music literature and the latest music. An especially important trait of the Centre’s operation is the desire to disseminate works composed in our times, and performed to a broad range of audiences by musicians of the young generation and their masters.

"... the location was set up at the interconnection of nature and culture, rooted in local tradition, inscribed into the picturesque landscape of Małopolska"

Participation of the most talented musicians and world class artists and teachers in meetings, master classes, artistic workshops, and concerts organised by the Krzysztof Penderecki European Centre for Music.

The centre has defined and unwaveringly maintains the highest standard of projects conducted both in Lusławice and other centres of Poland. The institution is vibrant with musical life, which is favoured by the properties of the Centre itself and its building’s location far away from any urban centres, exceptional architecture, modern technical facilities, and a first class concert hall, as well as by the rich and varied programme of the institution. Combined with an efficient organisation and atmosphere, these features capture the hearts of young musicians, recognised artists and teachers, and the ever larger throngs of the audiences.

A number of auteur projects were completed in the years preceding the construction of Lusławice Centre. They included a series of instrumental and vocal workshops, “Meetings with the Master” providing a platform of dialogue between 20th-century masters and 21st-century artists, and the Young Composers publishing programme presenting and promoting works of the young generation of Polish composers.

In its new Lusławice base, the Centre initiated a range of educational and concert projects, defining the mainstream of the institution’s activity for the coming years. 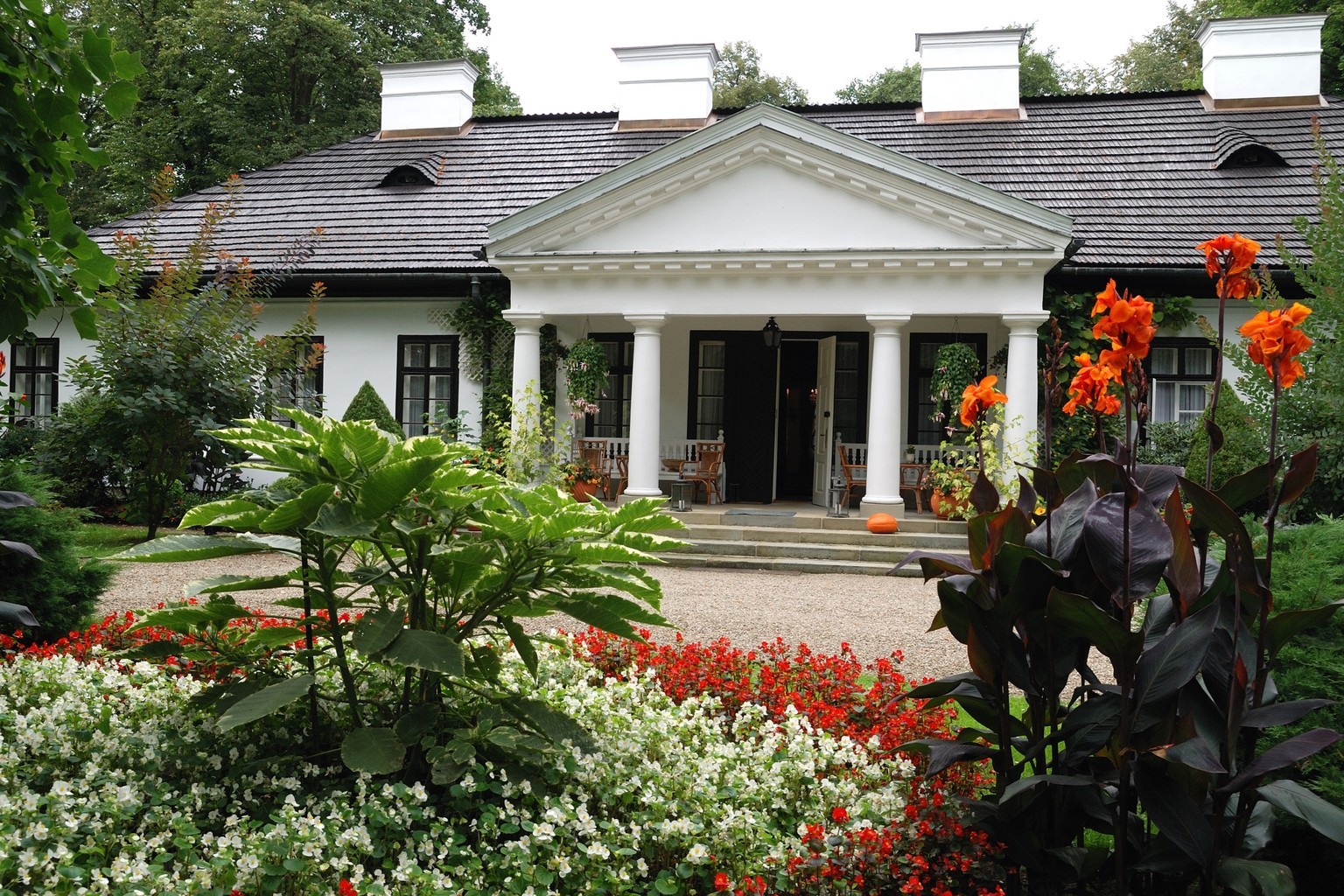 In the 1970s Krzysztof Penderecki sought a place to make his home and get on with creative pursuits. The composer considered abandoned palaces and ruined castles of which there were plenty in a country ransacked by communism. Finally he chose Lusławice Manor, a site of exceptional  cultural and historical significance. The Manor House is his home, open to all, without the gaudy glitter and flashiness, moats and bastions. It invites you in and offers you hospitality. An emanation of the ancient Polish character, the manor house style evokes an atmosphere of freedom and authenticity.

In the 16th and 17th centuries the thought of the Arians – the Polish Brothers, with their crucial ideas of tolerance and brotherhood of the spirit, radiated to the whole world from Lusławice, ,thanks to the school they set up here. It is also here that early in the 20th century Jacek Malczewski taught artistically talented local children to paint and draw. On making Lusławice his home, Krzysztof Penderecki intended to continue this tradition.

The idea of setting up a one-of-a-kind music centre had already emerged during the first Lusławice concerts organised in the summer of 1980. Two decades later, the composer incorporated an association and through this established a new cultural institution. Inaugurated in 2005, the Krzysztof Penderecki European Centre for Music was registered at the Minister of Culture and National Heritage, and has been given the status of a national cultural institution.

The great dream of Krzysztof Penderecki came true on the completion of the Centre’s headquarters in 2012: a unique international music centre had been created. The exceptional architectural monument is the fruit of long-term efforts by a group of people gathered around an idea they shared. The European Union (through the Infrastructure and Environment programme of the European Regional Development Fund), Ministry of Culture and National Heritage, Małopolska Region, and Krzysztof Penderecki Academy Association, International Centre for Music provided cofinancing for the development valued at 65 million Polish zloty. The investor is the Krzysztof Penderecki European Centre for Music. The unique design was developed by a Kraków-based firm of architects, Biuro Architektoniczne DDJM, and carried out by SKANSKA SA. The construction of the Centre is a particular phenomenon on a national scale. It only took about 16 months to develop the campus. The world-class educational and concert site has been crowned with complete success.

Coryphée of Polish Music in the Music Event of the Year 2013 category awarded to the opening ceremony of the Centre’s headquarters in Lusławice on 21st May 2013.

Małopolska Leader 2013 – for setting up a place for the education and honing of the musical skills of young artists based on spiritual values and the ancient master – apprentice tradition of Polish artistic education.

2013 Annual Award of the Union of Polish Architects, under the patronage of the President of the Republic of Poland Bronisław Komorowski.

The justification of the award reads “a European location was set up at the interconnection of nature and culture, rooted in local tradition, inscribed into the picturesque landscape of Małopolska. The timeless standards and natural materials make the site noble and honest. The interior courtyard creates a unique atmosphere that favours the organisation of open-air events, becoming the heart of the development.

“The design and its execution are an unprecedented and original example of a project that is substantial in programme and size, and carried out in an open rural landscape against a background of fields, meadows, and surrounding hills. A paradigm-type standard has been set for an attractive and culturally significant solution. The sparseness of means of expression and simplicity of form of the dominant construction allow it avoid competition with the surrounding landscape, but rather reinforce that landscape and complement its cultural dimension.”

Programme Board of The Krzysztof Penderecki European Centre for Music 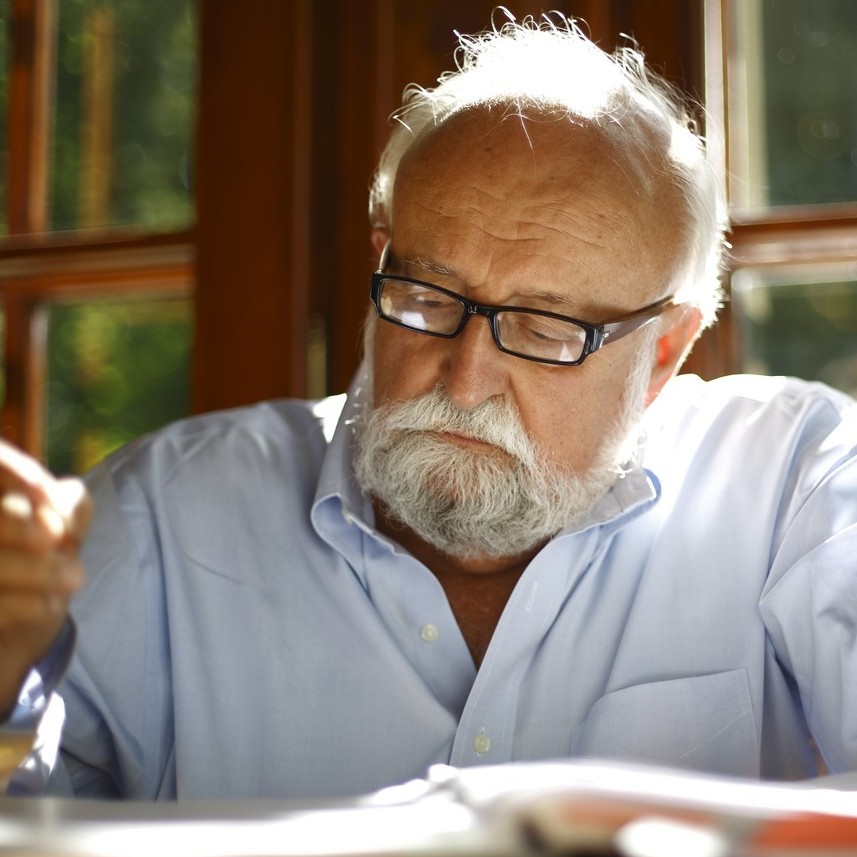 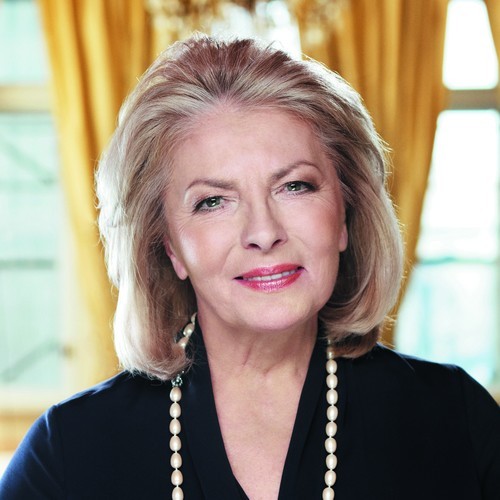 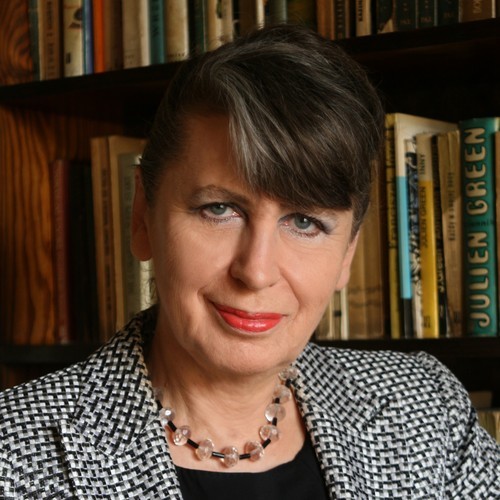 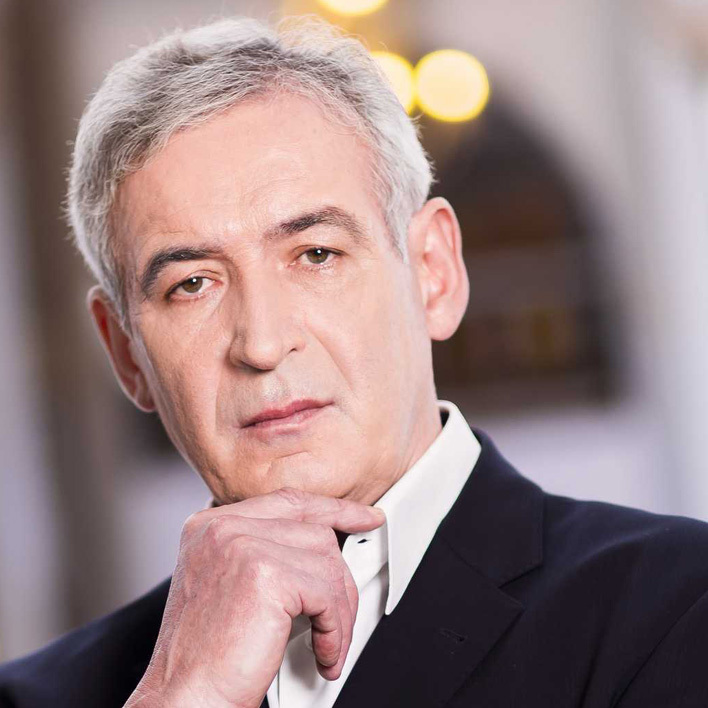 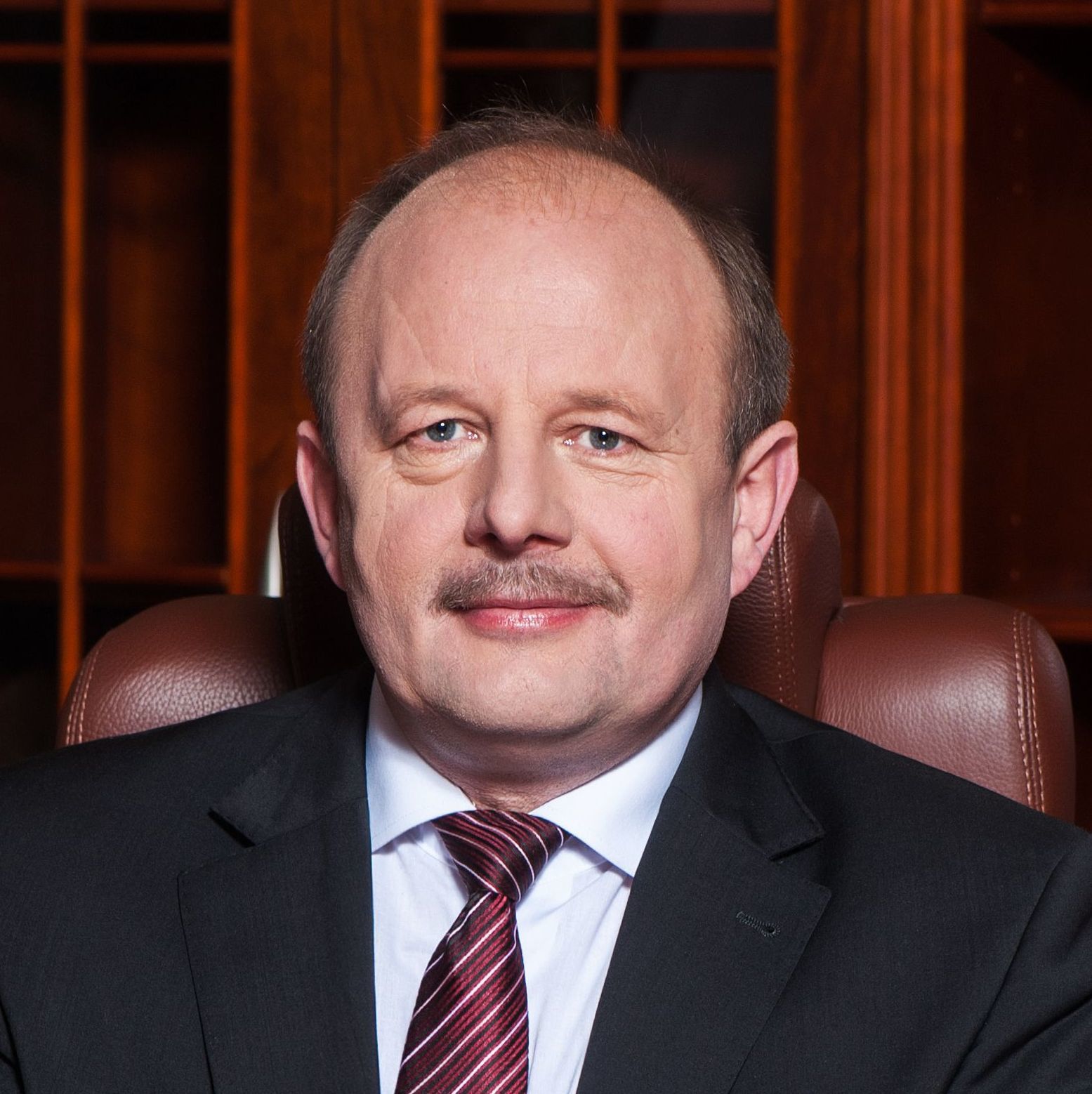 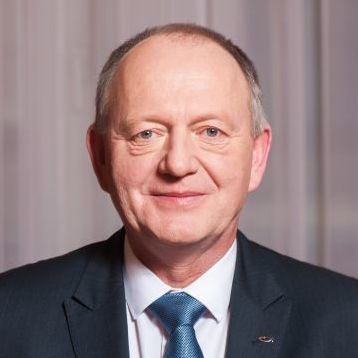